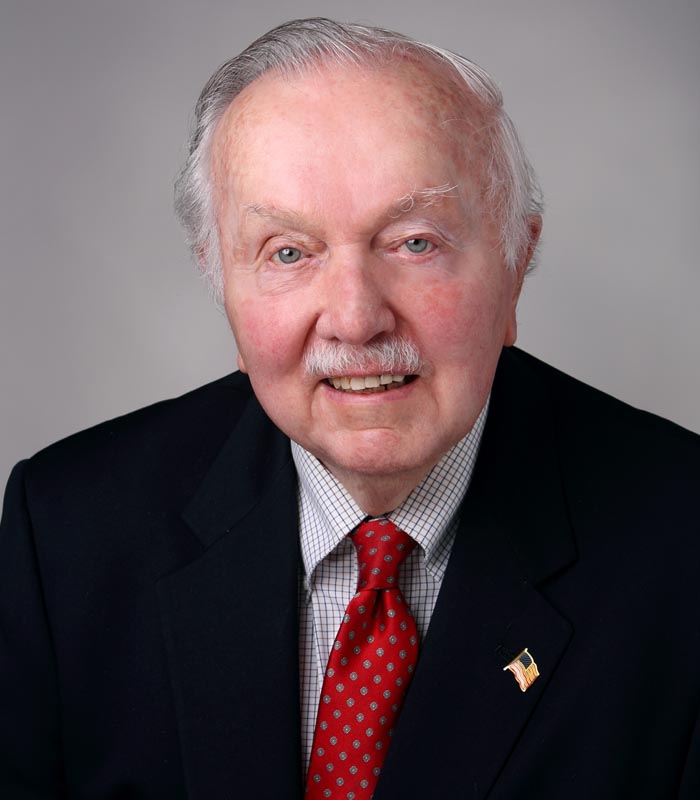 Joseph W. McCartin was born and raised in the Hampden section of Baltimore City and graduated from City College High School. Upon graduation, he enlisted in the Armed Services and spent the next four years in the U.S. Coast Guard. After fulfilling his service commitment, Joe spent one year in the workforce before taking advantage of the GI bill, enrolling in the business program at the University of Maryland. Joe excelled at Maryland, both academically and socially. He was president of Alpha Tau Omega fraternity and listed in the Who’s Who of American Colleges and Universities in his senior year. He graduated with a BA in Business Administration. He married the former Audrey Blair, of Bethesda, Maryland in 1960.

Upon graduation, Joe accepted a position in the sales training program at Armstrong Floors. He spent two years at Armstrong before landing an administrative position in the physical plant department at the University of Maryland. Concurrently, Joe was earning thirty credits at Maryland’s Law School and working part time for a real estate and insurance broker. He thoroughly enjoyed learning the insurance business and after three years in part time sales, Joe was hired as a new agent for Erie Insurance Group. J.W. McCartin Insurance was born in 1967. After establishing a contract with Erie Insurance Group – Harford Mutual, Safeco, and Transamerica Life Companies were soon to follow. Slowly but steadily, Joe and his staff grew the agency into a firm that people came to rely upon for straightforward advice and friendly, reliable service. He earned his Series 7 Securities License and began offering financial and retirement planning services to his many clients. He also earned the prestigious Chartered Life Underwriters (CLU) Designation, making him somewhat of a pioneer for property and casualty agents; expanding services to include life insurance and retirement planning.

With a smart, loyal and dedicated staff, Joe built a successful, independent financial services company and won many company awards and accolades. After 31 years at the helm, he sold the business to his three sons; Mike, Steve, and Doug. Today, Joe and Steve manage financial and retirement planning at JWM, Inc. Their common sense, long-term approach to investing has served clients well over the years.

Joe is a past president of the Beltsville Rotary Club and the Civitan Civic Association. He has been a diehard supporter of the University of Maryland and its athletics program and he is a 30-year member of the Terrapin Club. He has been a member of St. Bernadette’s Catholic Church since he and Audrey moved into their current Silver Spring residence in 1967. They also enjoy time away at their cottage in Bethany Beach, Delaware. They have been blessed with three sons, three daughters in law and nine grandchildren. Joe’s hobbies include reading, traveling, sports and time at the beach.

We’re an independent insurance agency founded in 1967 by Joseph W. McCartin. We offer a comprehensive suite of insurance solutions to protect you from the unexpected.